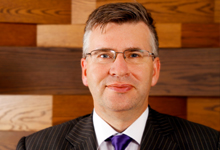 Jonathan is an experienced lawyer with a concentration on technology and compliance. His practice includes advising multinational companies on matters involving risk, compliance and technology across Europe. He has handled legal matters in more than 60 countries involving emerging technology, corporate governance, ethics code implementation, reputation, internal investigations, marketing, branding and global privacy policies. Jonathan has counselled a range of clients on breach prevention, mitigation and response. He has also been particularly active in advising multi-national corporations on their response to the UK Bribery Act 2010 and its inter-relationship with the U.S. Foreign Corrupt Practices Act (FCPA).

Jonathan is one of three co-authors of the LexisNexis definitive work on technology law, “Managing Risk: Technology & Communications”. He is a frequent broadcaster for the BBC and other channels and appeared on BBC News 24 as the studio guest on the Walport Review.

In addition to being a lawyer, Jonathan is a Fellow of The Chartered Institute of Marketing. He has spoken at conferences in the U.S., Japan, Canada, China, Brazil, Singapore, Vietnam, the Middle East and across Europe. Jonathan qualified as a lawyer in the UK in 1991 and has focused on technology, risk and governance matters for more than 20 years. In April 2017 Thomson Reuters listed Jonathan as the 6th most influential figure in risk, compliance and fintech in the UK. Jonathan was ranked as the 14th most influential figure in data security worldwide by Onalytica in their 2016 Data Security Top 100 Influencers and Brands Survey. In 2019, Jonathan was the recipient of a Security Serious Unsung Heroes Award for his work in Information Security. In 2020, Jonathan was featured by Onalytica in their Who’s Who in cybersecurity report as one of the world’s top 100 influencers in cybersecurity.

Jonathan features again in the Thomson Reuters Stand Out Lawyers for 2022. He has been featured every year since the survey began.

In a recent ‘Acritas Stars Stand-out Talent’ there was a fantastic response from across the globe. Here are a few of the verbatim comments made by Cordery’s clients when they nominated Jonathan as a stand-out lawyer:

Cintas Institute for Business Ethics at the Xavier University in Cincinnati, Ohio – 01 February 2021

The Association of Corporate Counsel Europe Annual Conference in Cascais: 7 – 9 May 2017

Cordery Compliance Limited trading as Cordery provides some products and services which are not regulated by the Solicitors Regulation Authority; we will clearly state this to you if this is the case.

We use the word “partner” to refer to a shareowner or director of the company, or an employee or consultant who is a lawyer with equivalent standing and qualifications.

’Strictly necessary’ cookies can’t be turned off, but they can be disabled by changing your browser settings although this may affect how our website functions. Functional and Performance cookies can be turned on or off below. You can learn more about cookies and what they do on our Cookie Policy page.
Strictly necessary cookies Always Enabled
These cookies are essential in order to enable you to move around the website and use its features, such as accessing secure areas of the website. Without these cookies services you have asked for, like shopping baskets or e-billing, cannot be provided.
Performance cookies
These cookies collect information about how visitors use a website, for instance which pages visitors go to most often, and if they get error messages from web pages. These cookies don’t collect information that identifies a visitor. All information these cookies collect is aggregated. It is only used to improve how a website works.
Targeting cookies
These cookies are used to deliver adverts more relevant to you and your interests. They are also used to limit the number of times you see an advertisement as well as help measure the effectiveness of the advertising campaigns. They are usually placed by advertising networks with the website operator’s permission. They remember that you have visited a website and this information is shared with other organisations such as advertisers. Quite often targeting or advertising cookies will be linked to site functionality provided by the other organisation.
Uncategorized
Undefined cookies are those that are being analyzed and have not been classified into a category as yet.
Advertisement
Advertisement cookies are used to provide visitors with relevant ads and marketing campaigns. These cookies track visitors across websites and collect information to provide customized ads.
Save & Accept